Do you know Port of Shanghai is the busiest container port in the world?

With annual throughput of over 29 million TEU in 2010, Shanghai surpassed its rival - Singapore to become the world’s most active hub port.

The port rests next to the East China Sea, just north of Hagzhou Bay, where the Yangtze River converges with the Qiantang River. 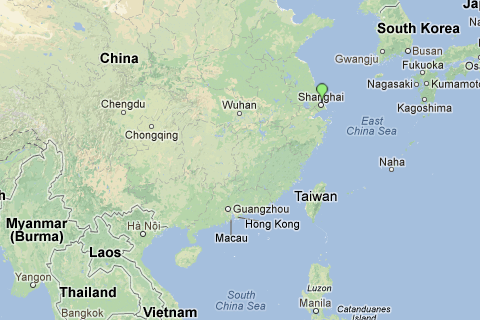 From the 5th to 7th Centuries AD, the area of today's Shanghai port was known as Shen or Hudu. Under the Yuan Dynasty, the port became an official city in 1297.

In 1842 the port opened for international trade and became a treaty port under the Treaty of Nanjing. It became more approachable when foreign countries were relieved of local rules and regulations after the Treaty of the Bogue in 1843 and the Sino-American Treaty of Wangsai in 1844.

After the Second Sino-Japanese War, the Japanese became an important community and established the port's first factory.

The port came under the control of China in 1949, a development that dramatically slowed down the foreign trade at the port. The port enjoyed economic and building booms when it was permitted to implement economic reforms in 1991 by the Chinese central government.

Now, the Shanghai International Port Group (SIPG), a public listed company, is the sole port operator who manages all the public terminals in the port.

Over 2,000 container ships depart from Shanghai port every month. Traffic of 2011 is 31.74 million TEU’s and more than 500 million metric tons. See below table for annual container throughput in recent years.


Return from Port of Shanghai to Container Ports