CSAV (Compañía Sudamericana de Vapores) is a Chilean publicly traded shipping company, presently the largest in Latin America. The company, one of the oldest shipping companies in the world, was founded in 1872.

Operating across five continents, it offers regular, fixed container services and the ability to carry a wide variety of conventional cargoes. The shipping company also owns vessels specially designed for frozen cargo, cars, bulk cargo and forest products. It operates an extensive intermodal service, other complementary operations such as storage areas and pier services, and owns a maritime forwarding agency, and a container terminal in Santiago. 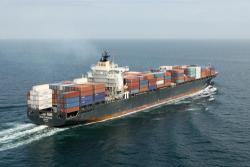 C.S.A.V. Norasia is the result of the integration of the Chilean carrier and Norasia in June 2000. It has global connections and operates in over 50 countries worldwide, with representation in more than 300 locations and owned offices in key locations globally. The carrier has direct sailings from all major ports in Asia, Europe, North America, and the Middle East. It has expanded its own agency network to include many of the leading economies of the world, including China, United States, Germany, and UK among others.

As of October 2010, the mega carrier is operating a fleet of nearly 150 container vessels with total capacity of 550,000 TEU’s. It is the seventh largest shipping lines in the world, according to THE TOP 100 LEAGUE by Alphaliner.